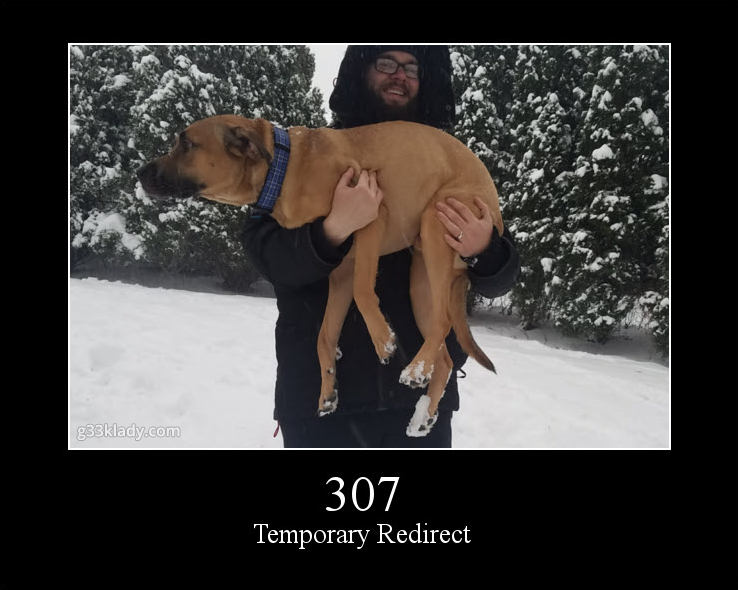 Sixth in the HTTP Status Coop series is 307 Temporary Redirect!

My husband, lovingly redirecting Cooper out of the snow 😀