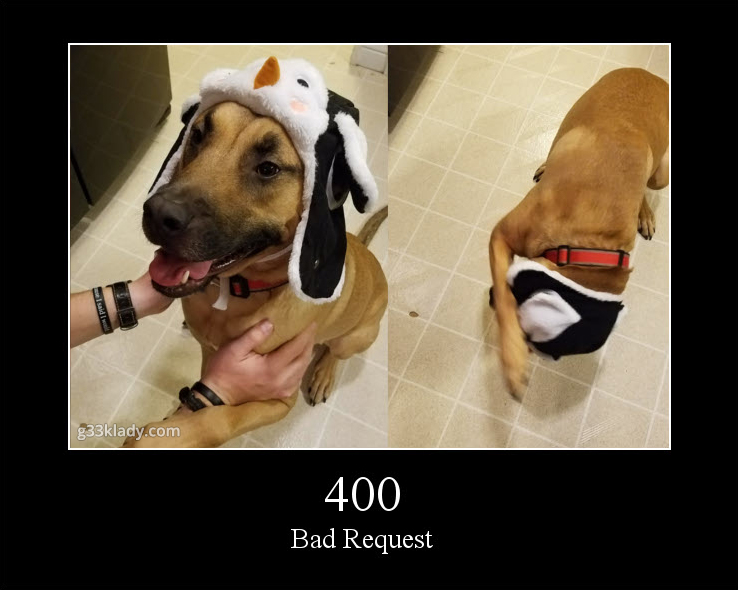 Seventh in the HTTP Status Coop series is 400 Bad Request!

The server cannot or will not process the request due to an apparent client error (e.g., malformed request syntax, size too large, invalid request message framing, or deceptive request routing).