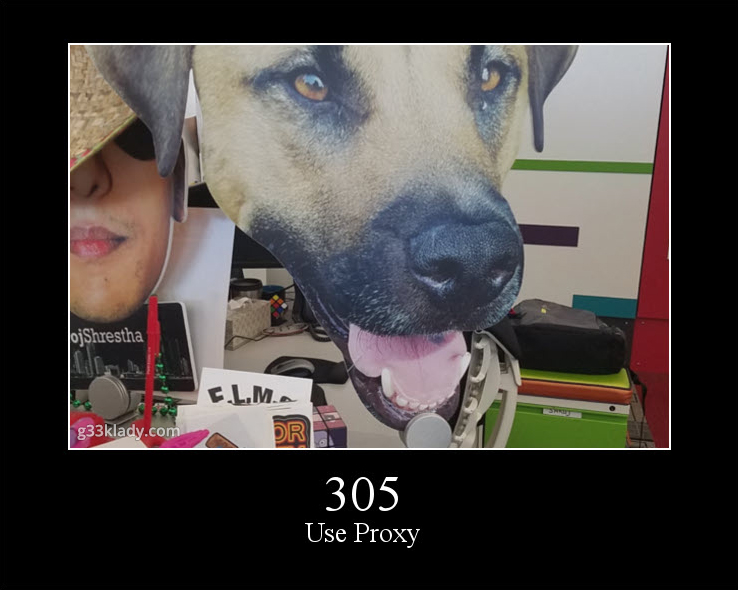 Fifth in the HTTP Status Coop series – 305 Use Proxy!

The requested resource is available only through a proxy, the address for which is provided in the response. Many HTTP clients (such as Mozilla[26] and Internet Explorer) do not correctly handle responses with this status code, primarily for security reasons.

This  is a photo of my custom Big Head (from Fathead) of Cooper, that sits at my desk! It’s my proxy for interacting with my dog while at work 😀