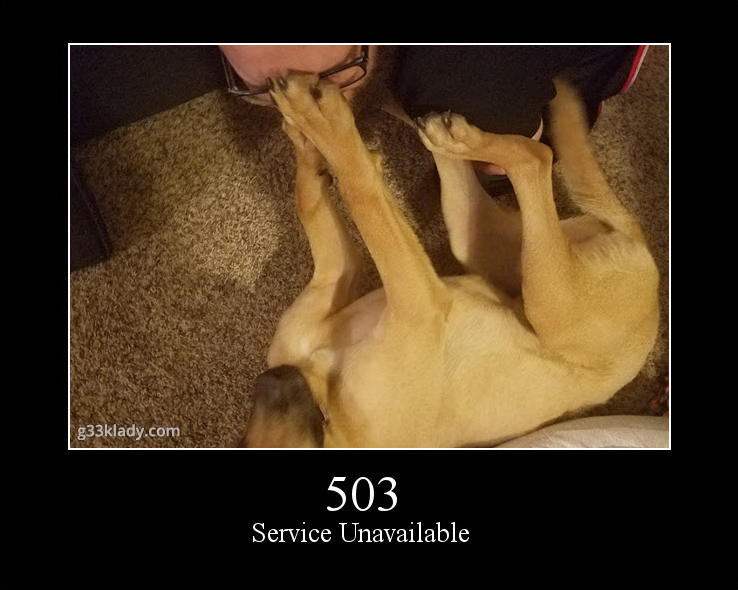 Fourteenth in the HTTP Status Coop series is 503 Service Unavailable!

The server is currently unavailable (because it is overloaded or down for maintenance). Generally, this is a temporary state.