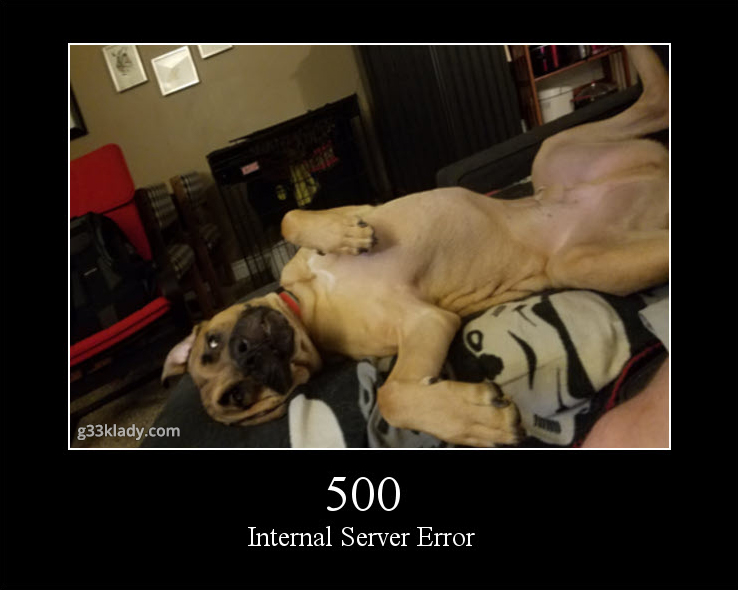 Lucky Thirteen, on a Monday the 13th, of the HTTP Status Coop series is 500 Internal Server Error! And no, I didn’t plan it that way!

A generic error message, given when an unexpected condition was encountered and no more specific message is suitable.

I’m Hilary Weaver-Robb, also known as g33klady on the Internets. I’m an SQA Architect in Detroit, I tweet a lot (@g33klady), and swear a lot, too.