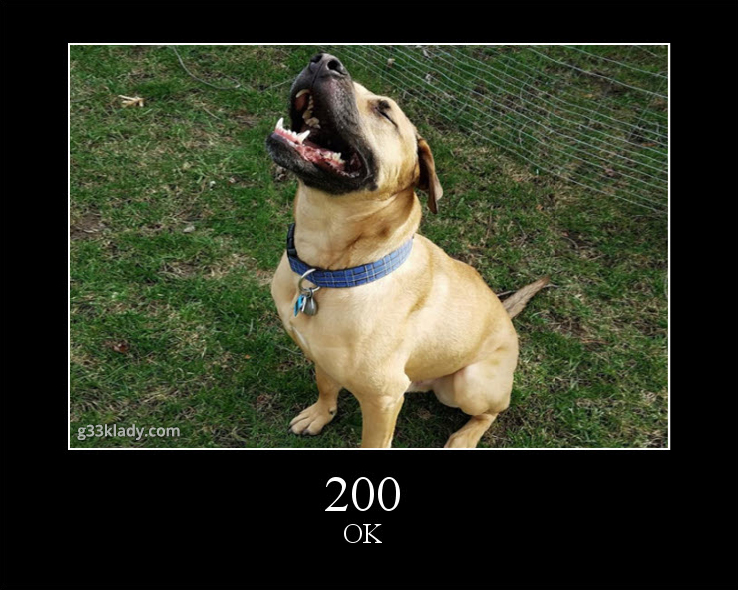 In going back over my Testing RESTful Web Services talk prior to presenting at Targeting Quality, I decided that the HTTP Status Cats I was using on one of my slides just didn’t feel right. I was already using my dog in my talk, so why not make some up?

I’m calling them HTTP Status Coops because his name is Cooper. I’ll roll them out once a week or so here, in order. The list is incomplete as of now, but I’ll keep adding to them as long as Cooper keeps being goofy!

You can see them all here: https://g33klady.com/category/http-status-coops/

This one was difficult because there are SO MANY PICTURES of Cooper that are him being 200 OK. He’s so expressive and has a huge smile. But this photo won out.