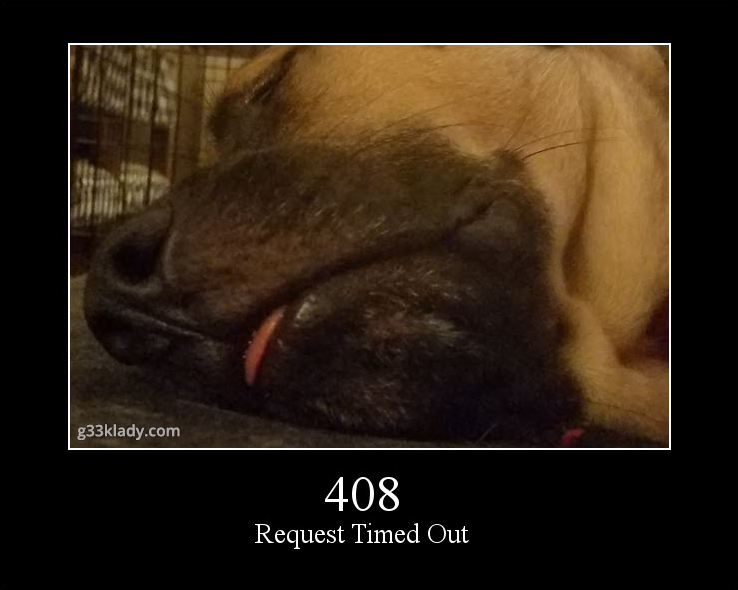 Eleventh in the HTTP Status Coop series is 408 Request Timed Out!

The server timed out waiting for the request. According to HTTP specifications: “The client did not produce a request within the time that the server was prepared to wait. The client MAY repeat the request without modifications at any later time.”