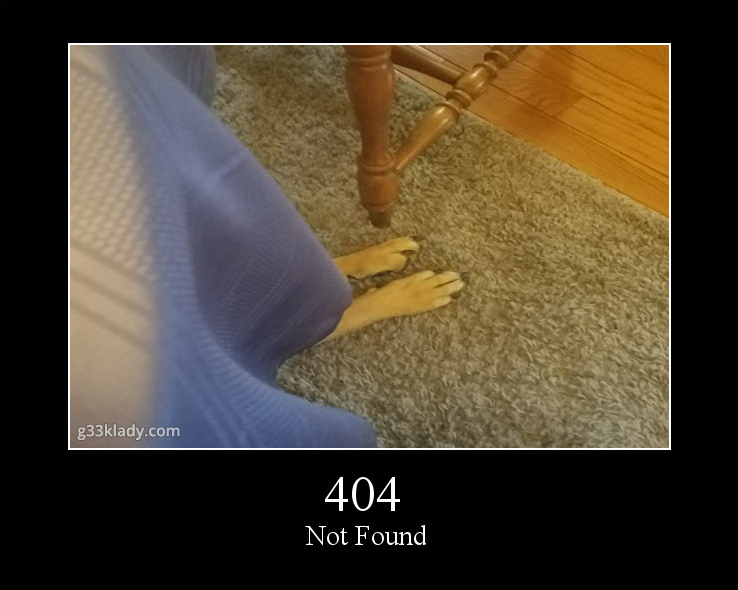 Ninth in the HTTP Status Coop series is 404 Not Found!

The requested resource could not be found but may be available in the future. Subsequent requests by the client are permissible.