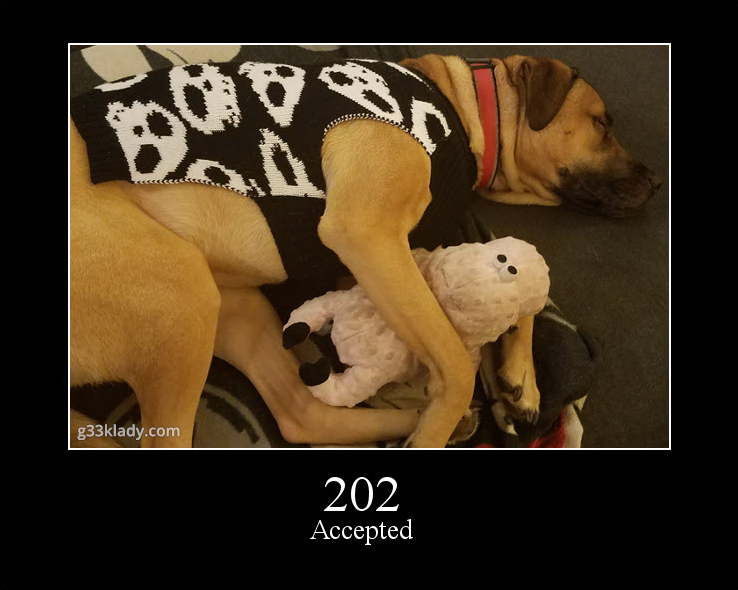 The request has been accepted for processing, but the processing has not been completed. The request might or might not be eventually acted upon, and may be disallowed when processing occurs.

I chose this photo because it both shows that Cooper was accepted into our family, and he’s accepted that he’ll be made to wear sweaters. His pig has also been accepted as his favorite toy…